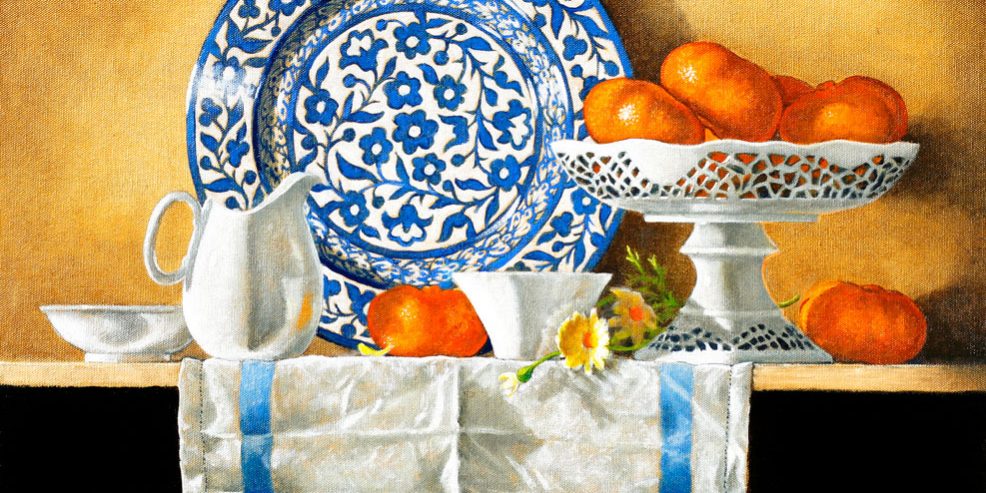 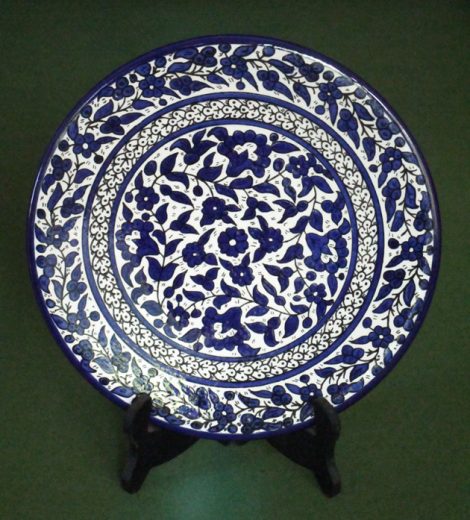 I bought the blue and white plate in Damascus, Syria while on a three week trip. Syria was only open for tourism for a few brief years beginning around 2005 and we visited as independent travellers in 2009. Shortly after that, the country descended into a civil war in 2011 and which has lasted until the present time. The plate itself has no special value as being ancient or antique etc., it was made for the tourist trade. However for me, it represents a lot of good memories of Syria and the remembrance of lots of happy, welcoming people. People who didn’t deserve to descend into the hell that is the civil-war-plagued, current-day Syria. When we were there, the people of Syria hadn’t seen many tourists and they were effusive in their hospitality. It is those memories that I try to convey in my paintings with the Syrian plate. Now it is a bombed out wreck of a country that we are unlikely to ever be able to visit again. It would currently be one of the most scary places on earth. When I set up the Syrian plate to paint a still life, I forget about the horror of present day Syria and think back on the happy times that have now gone, probably forever. 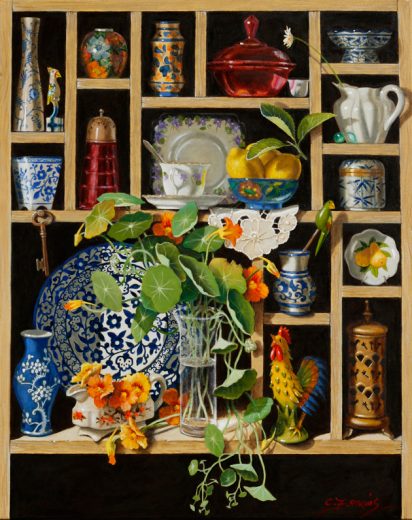 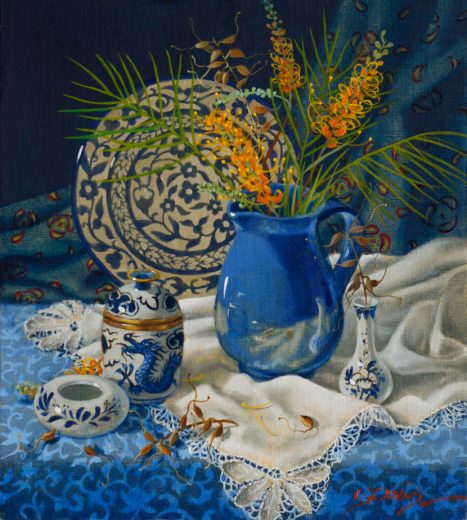 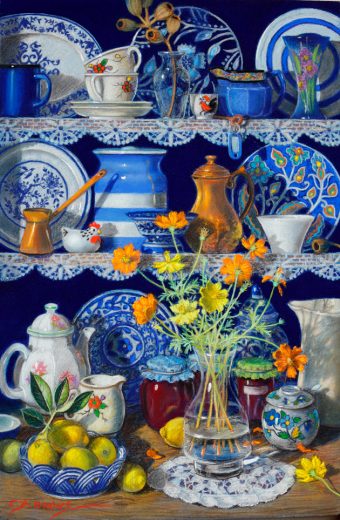 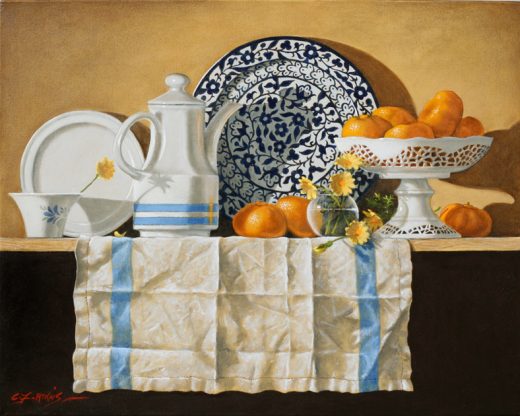 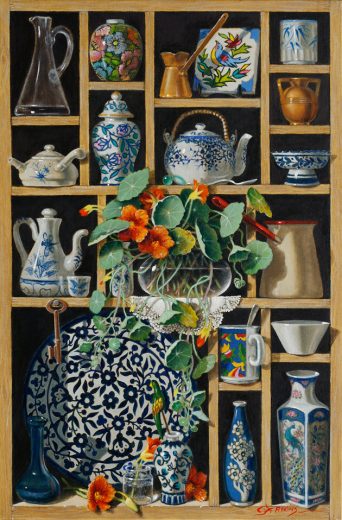 I will hold my next art exhibition at the Brisbane Institute of Art from 10th to the 23rd November 2022. Send me a note and I’ll remind you before my art show starts. Christine.