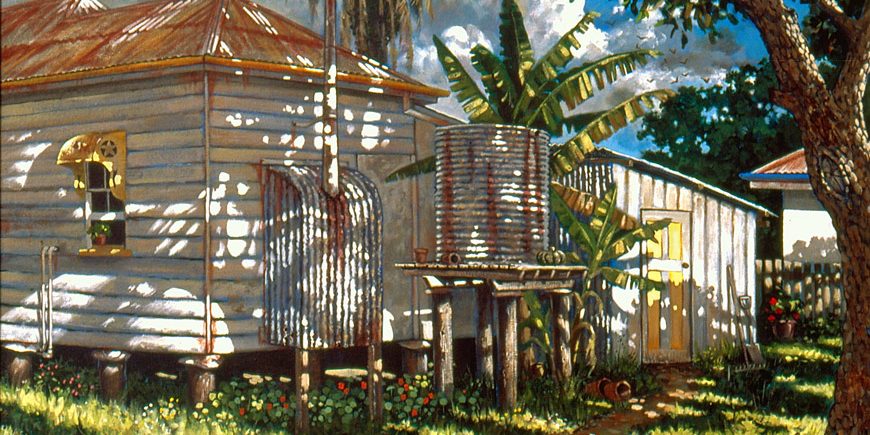 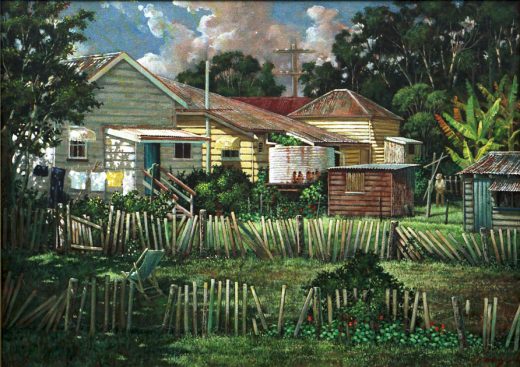 I first came to Brisbane in the 70’s and one thing that fascinated me was the unique backyards in the old, central part of the city. Many of the inner suburbs had  houses raised up on timber stumps, with black wooden slats underneath. Galvanised tanks, window hoods and stove recesses were all part of the Brisbane backyards of those times. The old houses were often accompanied by rickety fences and overgrown gardens, featuring ancient papaw or banana plants and usually lots of Monstera leaves. 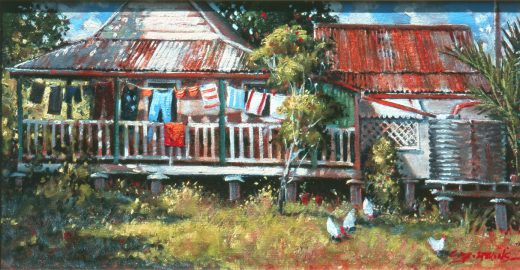 Long washing lines held up with a wooden prop could often be seen in these backyards and three of the accompanying images show clothes hung out on a long washing line. One shows washing hung out underneath the verandah; now that practice is from a really long time ago! The collapsing, rusty metal tanks often seen in these backyards were a reminder of an even earlier time when the council water supply was often sporadic or undrinkable. 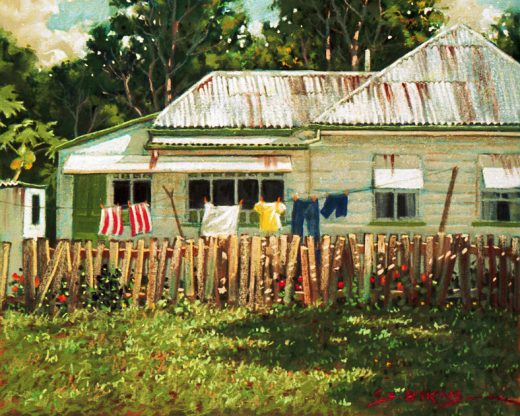 To see the step by step construction of this painting click here.

In the 70’s I sketched and painted my way around inner Brisbane – wherever I could get a good view of these old backyards. Even then I could sense that this way of life was going to disappear. Now, almost all of those suburbs of Brisbane have now been modernised. The old houses have been straightened, raised up and renovated. The rickety fences have been rebuilt and the gardens have been replaced by building extensions or lap pools. Decades of neglect have been rectified, but the unsophisticated charm of the earlier times has mostly gone.

My next exhibition of paintings will be held at the Metcalfe Gallery, Brisbane Institute of Art, from 27th August to the 7th September, 2021. Please send me a note and I’ll email you an invitation two weeks before the next exhibition.