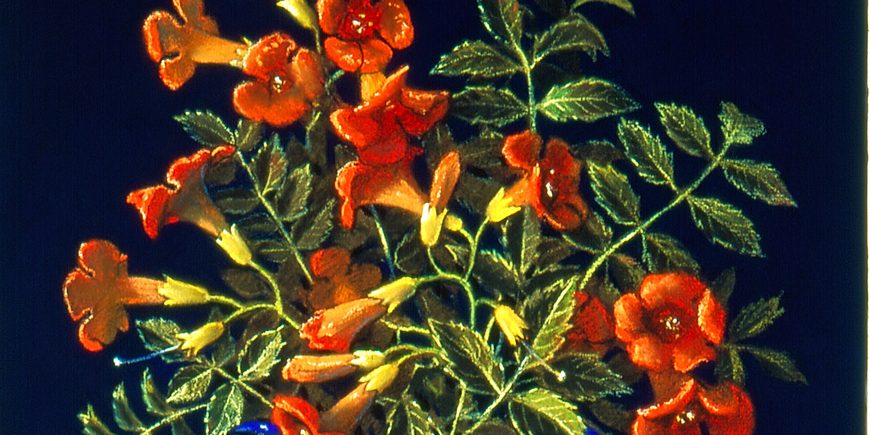 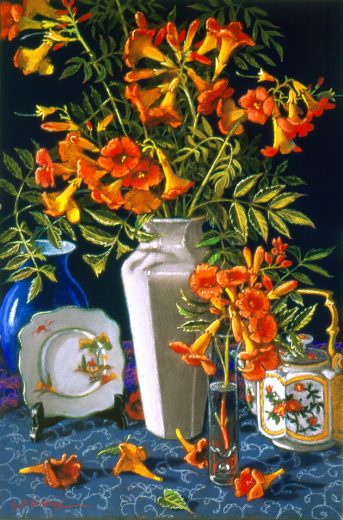 Orange Trumpets in a white vase.

Orange Trumpet flowers are the flavour of summer around the streets of Brisbane. It is a woody vine that clings to old fence lines, particularly in the older suburbs of Brisbane. There it can be seen in summer, clinging to rickety old wooden fences and dropping its orange trumpets untidily on the ground. It produces honey, so the birds love it. Its blooms last well in a vase – long enough for painting anyway. 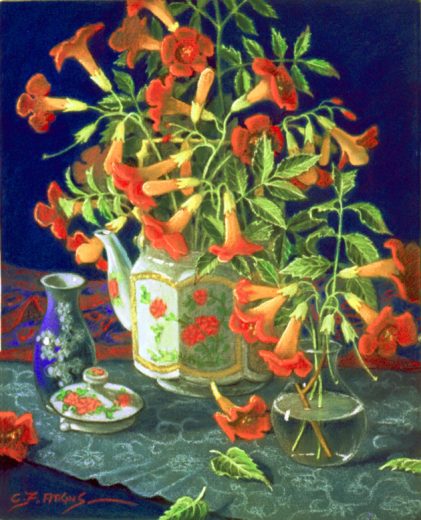 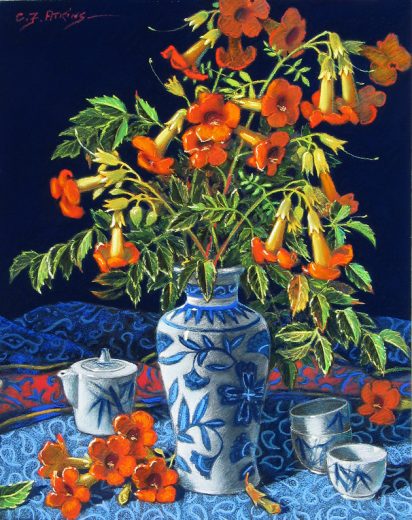 This series of paintings were done over many flowering seasons over about a decade. Summer is not a great painting time for me, too much heat and too many distractions. I usually wrap up for the year a couple of weeks before Christmas and start again around mid January. That period of time is much the same as the flowering season for the Orange Trumpets, so I often miss them altogether. They are such a bright, delightful colour that they go well in a painting and their particular vivid orange makes a wonderful team with the Ultramarine shade of blue that I love to use. 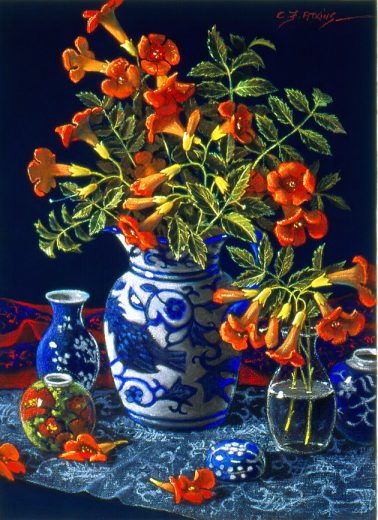 My next exhibition of paintings will be held at the Metcalfe Gallery, Brisbane Institute of Art, from 27th August to the 7th September, 2021. Please send me a note and I’ll email you an invitation two weeks before the next exhibition.