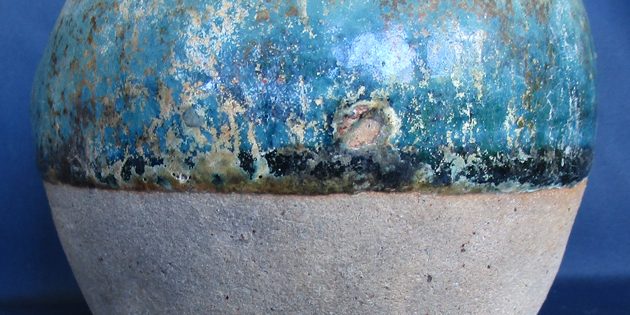 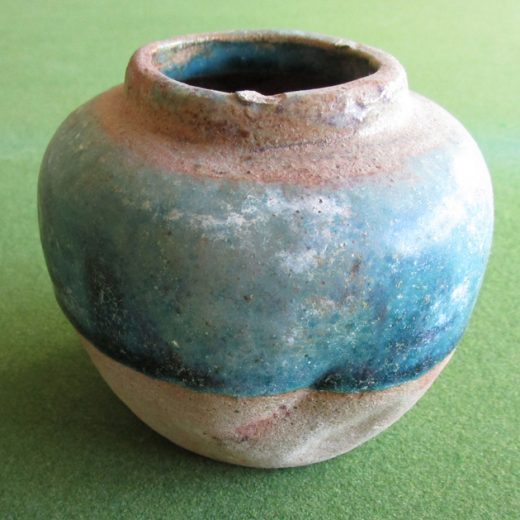 A Chinese ginger jar started me on my still life painting journey. A relative from Rockhampton gave it to me. Her interest was antique bottles and ceramics and she searched out and dug for them in old rubbish dumps of the old mining camps and settlements. The Chinese miners were very active around the alluvial gold diggings in Central Queensland and they brought their spices or ginger to this country in jars like these. As the photo shows, it was cheaply made, you can see the finger marks of the potter on one side and the corresponding thumbprint on the other. Cheaply produced, much travelled and quickly discarded, the jar and its story fascinated me. 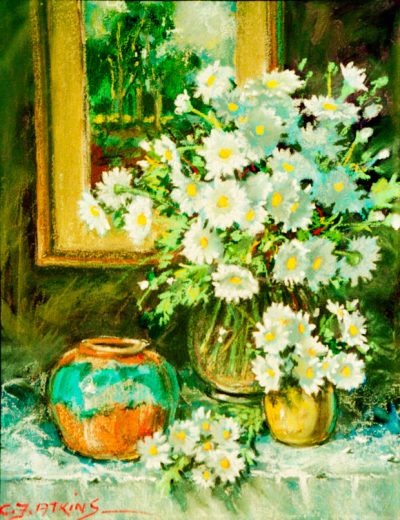 I immediately thought about how to use it in a painting. Previous to this I hadn’t painted much in the way of still life, but this was a new start. I was so pleased with the finished painting “Daisies and Ginger Jar” that I painted a series of paintings along the same lines. They don’t all have the actual ginger jar in them, but you can see the influence. 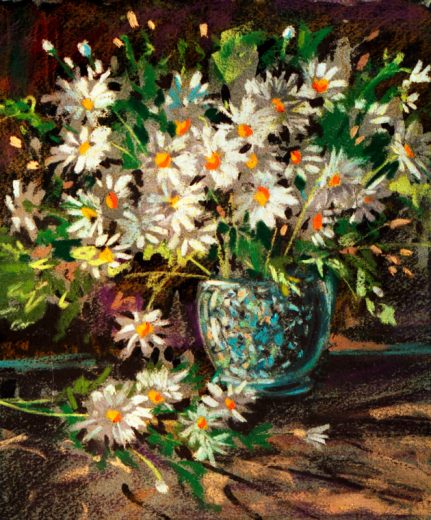 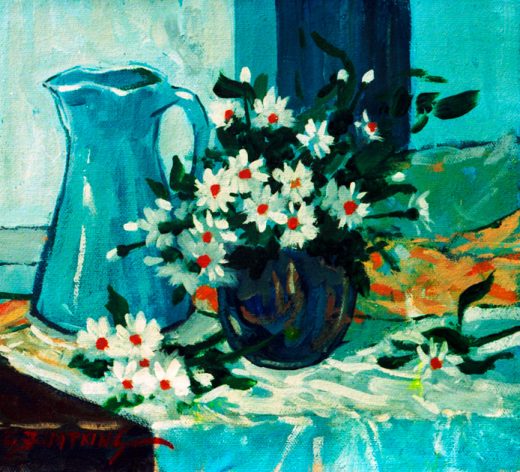 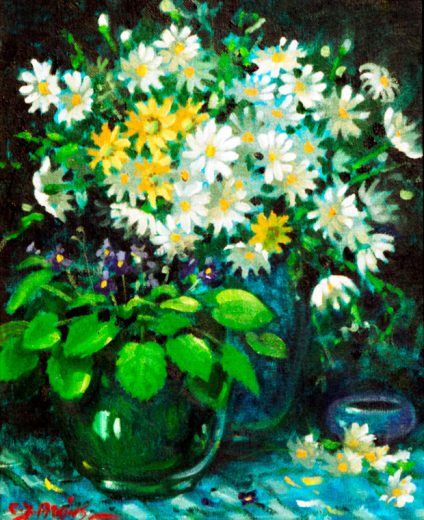 Many years and many still life paintings later, I still have the ginger jar. You can see it snuggled in a pigeon hole in my much-later painting “Kitchen Shelves.” The jar is a bit of an enigma – wonky from rough handling when wet, but despite that, it was still beautifully glazed. It must have quite a story bound up inside! 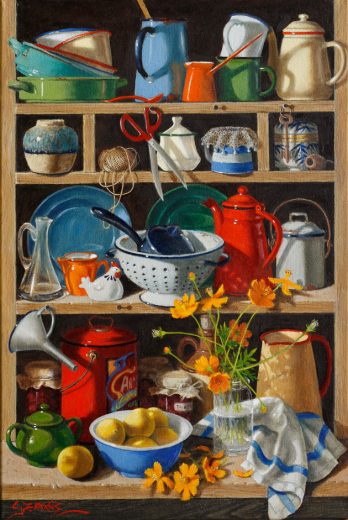